My Adrian turned 8 years old this past Monday, the 10th! I still cannot believe he is eight years old. His behavior in school hasn't been the greatest so far so his annual big birthday party was cancelled. I was trying to instill some discipline in this child but since I am a sucker for birthdays, I decided to have a small get-together at the house, with a couple of his friends. Well the small get-together ended up becoming a small party with a few friends, a Big Hero 6 theme and a trip to the movie theaters to watch Big Hero 6! 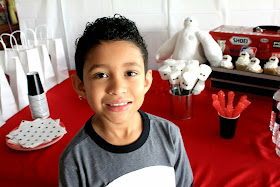 As usual, this party was all DIY since the movie had just been released. I had to get super creative for this one. If you haven't seen the movie, Big Hero 6 is about a 14 year old robotics genius and his robot, Baymax. I centered the party theme around Baymax since I hadn't seen the movie yet and he is just so adorable! First DIY project was the invite: 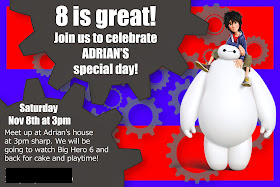 I stayed with a white, red, purple and black color palette since those are the colors I noticed the most as I watched the trailer over and over trying to get ideas! 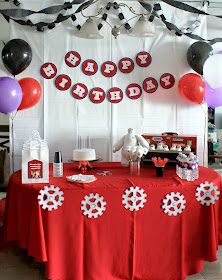 I was super lucky to find this Baymax plush at the Disney store. I actually went today and they were sold out! I was able to get a simple white cake and cupcakes made at our local Publix and then just added a decorated marshmallow on each cupcake. 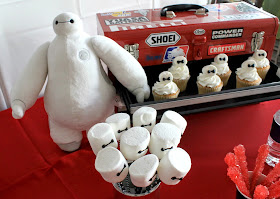 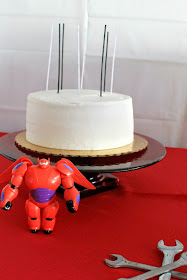 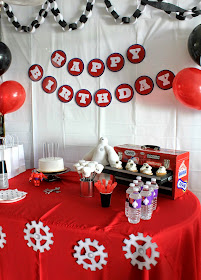 These jumbo marshmallow pops take all of 30 seconds to make and were a huge hit. I found hte jumbo size marshmallows and paper straws at Target. I added the Baymax eyes with black edible gel. 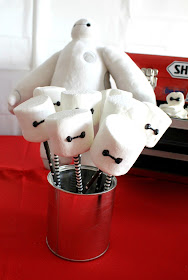 The goody bags were the most difficult part to figure out. I eventually found some packets of Crayola Model Magic (which I thought kids could use to create their own Baymax), small puzzle cubes, ring pops (they are a favorite among Adrian and his friends) and bounce balls. I kept it simple with white gift bags and I just glued on a tag I made on the front. 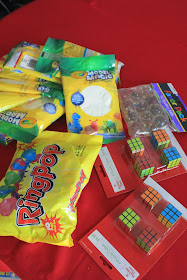 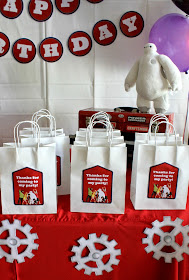 On Thursday night (2 days from the party), Adrian begged me to make him a Baymax piñata. Since I obviously can't say no to his super cute face, I agreed to make it. It was quite the labor of love but I was able to finish just in time! 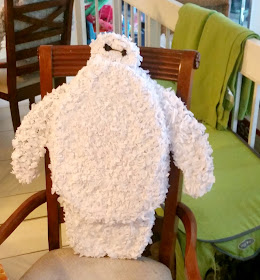 I asked everyone on the invite to arrive by 3pm since the movie was for 4:30pm. We played Twister while we waited for Adrian's friends to arrive! 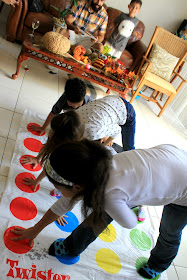 Then it was movie time. We had to wait in line to get in. This was the most popular movie over the weekend. I expect you will see more Big Hero 6 parties popping up soon! The movie was a huge hit and we all thought it was amazing. Disney really outdid themselves with the story line and animation. 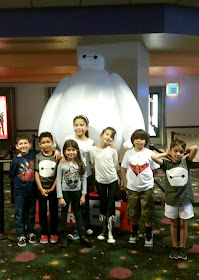 After the movie, we went back home and had pizza. Then it was cake time! This is truly my favorite part. I love to see him standing in front of his cake making a wish. It is such a sweet moment. I made sure he had sparkler candles, his favorite! 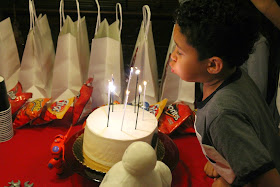 After cake and some glow tag, the kids came back inside and decided to pull the Model Magic clay out of their treat bags and have a Baymax building competition. It was a little tense there for a bit but so so fun! The kids got super creative with their Baymax creations! 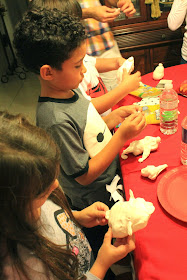 It might not have been the big bash he was hoping for, but I know he had a good time at his party. I know his friends did since they called the next day to come over again!! 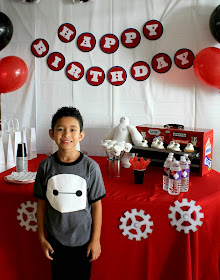 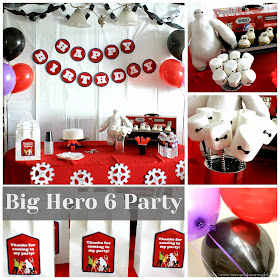